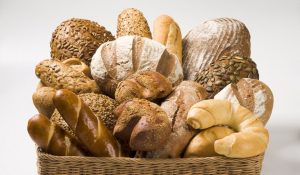 We all probably know someone who is avoiding gluten and many are quick to label them as ‘faddy eaters’, but is this fair? Gluten can be bad news for many people and you don’t have to be a Coeliac to suffer, but understanding that there is a difference between coeliac disease and non-coeliac gluten sensitivity is key.

It is not unusual for me to see many clients in clinic with genuine problems with gluten and they have probably suffered for many years without proper support and dietary advice. They may well have been to see their GP and the tests carried out confirm that they are not a coeliac but they are suffering with very similar symptoms and are normally sent away with the diagnosis of IBS.  There are however other laboratory tests that may well be able to confirm that gluten is provoking an immune reaction and that they have non-coeliac gluten sensitivity.  There has been an awareness of Non-Coeliac gluten sensitivity since the mid 80’s but reports have been few and far between until recently and it is now clear that, excluding those with coeliac disease or wheat allergy, there are many who have gluten sensitivity but they do not show an allergic reaction or that autoimmune mechanisms are activated.

It is thought that for every person with coeliac disease, there may be somewhere in the region of at least 6-7 with non-coeliac gluten sensitivity.  As an estimate it is thought that 6-10% of the general population are affected, which means approximately 4-7 million people in the UK may have this condition, with many blissfully unaware.

The symptoms of Non-Coeliac gluten sensitivity may include not just digestive discomfort, but a wide range of other symptoms such as issues with your skin, nervous system, muscles and joints, sleep and mood.  What happens in the gut does not always stay in the gut, as inflammation arising from a reaction to gluten can affect any body system.  Gluten sensitivity is thought to be the single biggest contributor to a leaky gut, a common factor in autoimmune diseases.

Most clients presenting with these issues will follow an elimination diet, removing all foods that have been highlighted on any tests.  This elimination Diet will usually last 4-6 weeks and during which time, it is quite normal to see symptoms improve, but there will also be a program in place to help to heal the gut before the reintroduction of the eliminated foods.  One food at a time will be reintroduced and as this process can take several months, the client will be supported throughout, with dietary advice.  I struggled with this for many years so know first hand how it can affect your life, from avoiding social engagements that involve food to having such a restricted diet as I was unsure what was giving me the pain and digestive issues.  Thankfully, I now manage this and enjoy a very varied diet and my social life is back on track.